Applying to Medical School as a Military Veteran 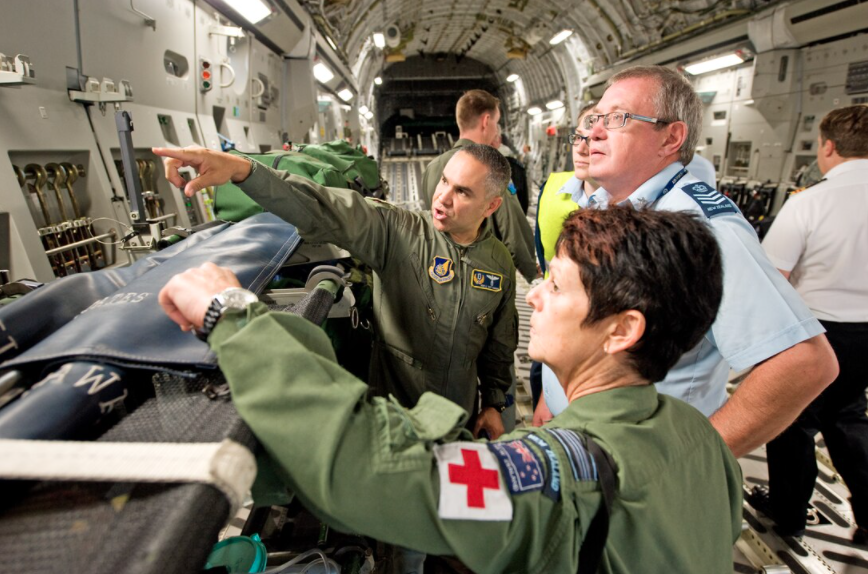 For this blog post, I interviewed former Infantry medic Thomas Fetherston, a third year medical student at the Icahn School of Medicine at Mount Sinai. Tom is involved with “Service to School,” an organization dedicated to providing free application counseling for veterans applying for higher education programs in the United States. In this blog post, Tom will describe his own personal journey and provide advice on applying to medical school as a military veteran.

1. Tell us more about your background. What did you do when you were in the army and which countries were you stationed in?

My name is Tom Fetherston and I enlisted in the army in 2010. From 2010 through 2012, I was with a unit in Fort Lewis, Washington and then in 2012, I deployed to Central/Southern Afghanistan for twelve months. While I was in Afghanistan, I served as a platoon medic and was responsible for all medical responsibilities for both the platoon and the foreign and local nationals in the area. I provided medical care for a wide range of patients, including service members with traumatic injuries and local Afghan children suffering from various injuries.

In 2013, I joined the National Guard to finish college. I started at Penn State but had dropped out after two years to join the military. After my return to the US, I decided to finish my undergraduate studies and graduated with my Bachelor’s Degree in 2017. While at Penn State, I majored in veterinary and biomedical science and minored in immunology and infectious diseases. I absolutely loved it. I was in several veteran organizations on campus and actively participated in diversity and inclusion projects on campus. At the same time, I was a section sergeant and was in charge of medical education for about 15 people and the immediate field medical care of about 150. During that time I also rotated through I the MSTC (Medical Simulation Training Center) and helped instruct medics on best-practices for tactical combat casualty care. After applying for medical school, I was accepted to the F. Edward Hébert Armed Forces Health Professions Scholarship Program1 and matriculated at Mount Sinai.

2. What was your motivation for entering medicine after serving in the U.S. military?

It was serving in the U.S. military that was my primary motivation for entering medicine. Having treated traumatic injuries and losing close friends during my deployment, I wanted to expand my skills and improve my care delivery for patients at the point of injury. In my first year at Sinai, I was motivated to understand the use of ketamine for drug-resistant depression, because of the increased risk of developing PTSD and suicidal thoughts amongst returning veterans.

3. What was your most memorable experience in the military?

My favorite medical moments in my military career involved making a concrete impact on pediatric patients. While I was in Afghanistan, I helped treat a child who was injured in a bomb blast. I helped stabilize the airway of another child when she was going into respiratory failure. Seeing how resilient kids are and how they bounce back after very severe injuries was exceptionally rewarding.

4. I'm assuming you had graduated college several years prior to applying for medical school. What was the application process like for you?

I applied for medical school the traditional route. I applied to 32 schools all over the country. I thought that the fact that I dropped out of college the first time around would be perceived negatively by admissions committees. However, it turned out that medical school admission committees weigh different things in an application; every school is looking for something specific and many admissions committees take a more holistic approach to evaluating applications. I ended up getting 5-6 acceptances in the northeast. After deciding that I wanted to attend medical school in New York City, I withdrew all of my other applications.

To help provide assistance to military members on personal statements and the application process, I am currently involved in an organization called Service2School2.

5. How were you able to gather letters of recommendation for your medical school application?

I didn’t face any difficulty in soliciting letters of recommendation for my application. I leaned very heavily on the military. At the time I was applying for medical school, I was serving in the National Guard and was able to call up my boss and the supervisor of my platoon in Afghanistan to write my letters. I ended up asking the surgeon who treated one of my patients for a letter.

6. Did you take the MCAT? Walk us through your application timeline.

I took the MCAT and was still in the National Guard. I took it between my junior and senior years in college in May and then went on Student Doctor Network and pre-wrote my secondary application essay responses. Then I went on a training exercise for two weeks with the military, and my wife was able to submit my AMCAS application for me on June 1 when the AMCAS application opened. My wife was also able to submit 1-2 of my secondary responses for me while I was away training.

7. How did you find the transition from being in the military to being in medical school?

I thought the transition was manageable because of my undergraduate years at Penn State, which buffered my time on active duty to medical school. That being said, the culture is very different in the military and medical school. While the social hierarchy of medicine is similar to the chain of command in the military, I have been amazed at the ability of students to advocate for themselves and affect change in ways a junior enlisted soldier never could. Also, the fact that I was in classes with people ten years my junior in medical school was not difficult to deal with, because I dealt with the same thing in undergrad!

Also, the pacing and workload of being in the military is very different from medical school, because in the military, you are mostly expected to perform tasks that are repetitive or that you’ve done many times-- you’re spending your days perfecting a craft in a ‘Groundhog Day’ kind of way. In school, you are constantly learning new things and exposing yourself to new spheres of knowledge, so there’s very little “muscle memory” you can go off of.

8. Why did you choose to attend the Icahn School of Medicine at Mount Sinai?

I chose to attend Sinai because I genuinely loved the people I interviewed with. The people seemed to be motivated to be at Sinai for the right reasons. I was invited to attend the Minority Inclusion event during Revisit weekend and met people who I thought were wonderful.

Starting in 2018, Sinai has an institutional partnership with the U.S. Navy and U.S. Army and they allow people who are on active duty and who fulfill a certain number of prerequisites to apply to Mount Sinai. The admissions committee at Sinai has been very supportive and engaged in helping service members gain admission to medical school.

10. What have been the most challenging and rewarding experiences of medical school so far?

The most rewarding experience has been managing my expectations and obligations of medical school with my personal life to have a good work-life balance. My daughter was born a few days after I took Step 1, and reading her bedtime stories and overall spending time with her has been such an amazing experience for me so far.