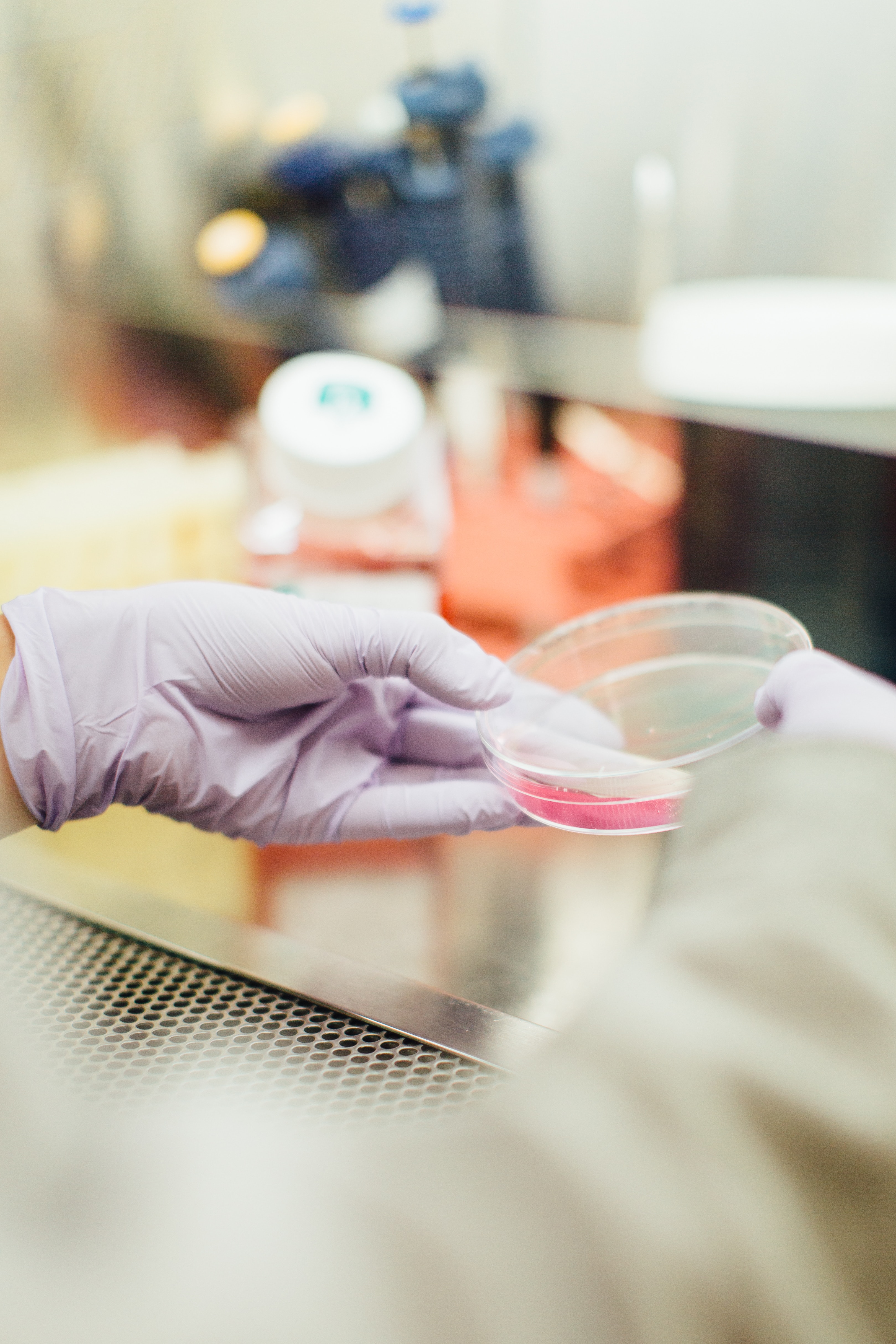 Ethics and Your Medical School Interview

We have discussed how to answer these questions before in previous posts (links to those at the bottom) but we have not discussed specific topics you will face.

This post strives to provide you with those topics, giving you an outline of the laws and arguments surrounding each. It will help put these topics in perspective.

However, this is not the only article that you should visit when forming your own opinions. We try to remain impartial and give all of the important details but we cannot cover everything about these topics in a single post. It is best to gather information from multiple resources and come to your own conclusion.

This post is just a good place to start.

For many, laws are why these questions can feel so hard. How are you supposed to know all the laws surrounding an issue!?

You don’t have to.

Well… that is a little bit of an exaggeration. It is good to know the laws surrounding these subjects (this post broadly covers laws for each topic in the US). However, the laws vary from state to state and are constantly changing.

It is unlikely that you will understand every detail of a law in a particular state until you are actually a practicing physician there. And since you probably won’t know the exact legal circumstances until then, it is best to state it during your interview.

“I am not aware of the specific legality of [insert controversial topic] since it would most likely depend on where I am practicing and what the law is at that time. The law would guide my decision in almost every circumstance, but given the information that I do know…”

As you can see from that statement, it is best to not say that you will break the law because of your beliefs. However, many of the questions will ask to give your opinion on [insert controversial topic].

In this case, it is okay to give your opinion on the law (whether you think it is right or wrong) as long as your argument is well rounded.

These questions require you to look at an issue from all sides and come to a conclusion based on all of the facts and points of view.

This means understanding the other side of the argument, even if you don’t agree with it.

When formulating your response, incorporate these points of view and facts, then state your opinion on the topic. This shows that you thoughtfully considered all sides of a controversial topic.

Euthanasia (sometimes called physician-assisted suicide) is the practice of intentionally ending a life to relieve pain and suffering.

There is no federal law surrounding Euthanasia as it has largely been left up to the states. As of September 2019, 9 states and the District of Columbia have legalized it in some form.

The circumstances for euthanasia vary by state. Generally, the patient must be terminally ill, with 6 or fewer months to live and must be suffering extremely.

As you will find with many of these topics, the arguments for and against them often vary depending on the circumstance.

The general argument is that if the patient is suffering, going to pass away, and there are no other reasonable alternatives, then it is only right that they have the right to partake in physician-assisted suicide.

Some feel active euthanasia is okay, while others will only advocate for indirect euthanasia.

Passive euthanasia does not have as much controversy surrounding it because the person is dying naturally, not from someone else more or less actively speeding the process along.

People who do not support euthanasia feel that nobody has the right to decide when a human life is ended and that they must pass away from natural causes.

Another argument is that it places an undue burden on the doctor (especially in cases of active euthanasia) to decide whether euthanasia is the right option and/or to perform the euthanasia.

Abortion is terminating a pregnancy before it has come to term.

In 1973, Roe v. Wade decriminalized abortion throughout the US. However, the parameters of a “legal” abortion vary from state to state. This resource has more information on it if you want the specifics for each state.

When is an Abortion Legal

Many American’s opinions on whether an abortion is ethically right or wrong often depend on the time that it is performed and for what reason.

Therefore, most of the states base their laws around when abortion can happen and for what reason is it happening. Many states will base it on the number of weeks into a pregnancy, or up until a fetus can survive outside of the womb (with exceptions if the pregnancy resulted from rape, incest, or if the woman’s life is at risk from the pregnancy).

In the US, people who support a woman's right to an abortion are referred to as “pro-choice.”

The main argument is that a woman has the right to choose what she does with her body (again, for many, this may only be up to a certain point in the pregnancy).

Other arguments discuss the fact that at early stages of pregnancy, the embryo is just a cluster of cells and is not a human life at that point in time.

Then there are others who argue that it is unethical to force a woman to carry a baby to term if it is the product of rape, incest, or if it puts the woman’s life in danger.

Arguments for Abortion to Be Illegal

In the US, people who feel abortion should be illegal are referred to as “pro-life.”

Many pro-lifers argue that life begins at conception. Therefore, the termination of a pregnancy is murder.

They also argue that in later-term abortions, the unborn fetus has the ability to feel pain from the abortion. (However, the scientific consensus on this varies as pain is subjective and cannot be communicated by a fetus.)

Again, as with pro-choice, there are pro-lifers who feel that abortion should be legal under certain circumstances, but on the whole, do not support it.

Per the Mayo Clinic, “stem cells are the body’s raw materials — cells from which all other cells with specialized functions are generated.” These cells can be used to understand how diseases work, “can generate healthy cells to replace diseased cells,” and can test drugs to see if they are safe and effective.

Certain types of stem cells called embryonic stem cells are obtained from early-stage embryos that are “three to five days” old. However, these stem cells do not come from a pregnant woman but are fertilized outside of the womb and left to multiply in special solutions where they can be harvested for the above research. In the process, these early-stage embryos are destroyed.

These embryonic stem cells are at the center of the debate when arguing for or against stem cell research.

There are no laws against stem cell research in the US.

Arguments For and Against Stem Cell Research

The basic arguments for and against stem cell research are pretty similar to abortion since they both often involve an embryo that will never form into a baby.

Proponents for stem cell research argue that embryos cannot be considered a human life because it is just a bundle of cells and that the scientific and health gains are too valuable to not do the research.

Arguments against stem cell research, again, argue that life begins at conception and therefore using embryonic stem cells, even if it was not implanted in a uterus, is immoral.

In the United States, patients have the right to refuse treatment under pretty much any circumstance.

Circumstances Where Refusing Treatment Is Not Allowed

There are a few circumstances where refusing treatment is not allowed.

● If the patient is not mentally sound, due to psychiatric issues, brain injury or drug use.

● Minors need consent from their parent or guardian for treatment (generally, there are exceptions as we’ll get into). However, parents cannot refuse life-saving treatment for their child for any reason.

● The patient cannot refuse treatment if the untreated patient poses a threat to the community.

In most circumstances, questions about refusing treatment will come in the form of a situation.

When you receive a question about refusing treatment, if the situation described does not involve any of the above factors, it is best to allow the patient to refuse treatment.

Laws About Minors and Healthcare

The law around the treatment of minors varies from state to state.

Generally, a doctor must get consent from the parent or guardian before treating a minor (a minor here is under the age of 18).

However, there are states that allow minors to make decisions about their care once they have reached a certain age or demonstrated a level of maturity.

What Types of Questions Will You Receive?

There are two types of questions you will most likely see.

● A situation involving a parents refusal of treatment for their minor

In these cases, you will have to consider:

● If the patient is in a life or death situation (if they are, the parent is not allowed to refuse treatment for them)

What Do You Do Now?

Again, as we stated at the beginning of this post, this is just to get you started. It is best to do some more of your own research on these topics, taking in information from multiple resources.

If you want some more ideas on how to handle ethical questions, we have written about them in some shape or form through these articles:

If you want some more specific guidance on these types of questions, schedule a practice interview with us. That way you can have an expert give you actionable feedback to crush it on your interview day!