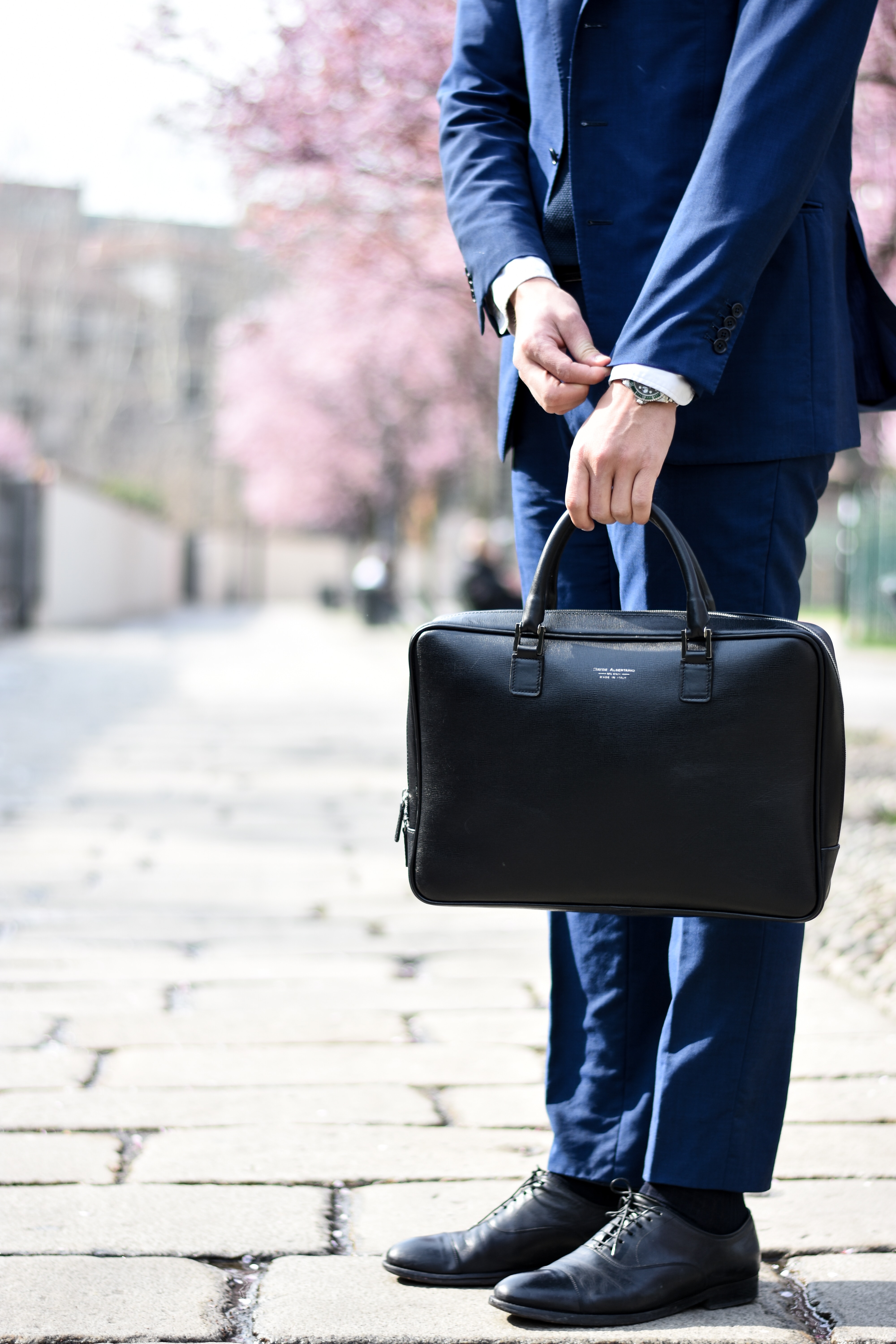 A situational question is almost guaranteed for your MMI interview day.

This type of question explains a situation and asks what you would do. Pretty simple right?

For MMIs, you are given around 2 minutes (on average) to prepare an answer. Today, we are going to teach you a method to do just that.

For an overview of the MMI (what you should expect and prepare for), check out our other post.

For this post, we will be using this prompt as an example.

A twelve-year-old girl has lost a lot of blood after falling on a sharp rock that pierced her leg and needs a blood transfusion to save her life. However, her parents are Jehovah’s Witnesses and adamantly refuse a blood transfusion for their daughter on religious grounds. You are the attending physician. Explain what you would do in this situation.

Your Thought Process For Situational Questions

The way that we suggest you prepare your answer for almost any MMI is to ask yourself a series of questions.

● What is the situation?

● Who is involved in the situation and how will they be affected by your actions?

● What ethical considerations are you faced with?

What is the situation?

Basic but very important. One of the biggest mistakes candidates make with their MMIs is not truly understanding the prompt, then giving an answer based on incorrect info.

Slowly read it over twice to make sure you get all the details.

One of the first things you’ll do when you enter the room is explain the situation as you understand it and ask if you are correct.

I understand that in this situation I am the attending physician, and a twelve-year-old girl needs a blood transfusion after piercing her leg and losing a substantial amount of blood. However, the parents of this child are Jehovah’s Witnesses and are refusing blood transfusion as an option for their daughter based on religious grounds. I am tasked with deciding what to do in this situation as the attending physician. Is that correct?

The interviewer may say yes, correct you, or not respond (rare, but just go with it if it happens).

Who is involved in this situation and how will they be affected by your actions?

Situational prompts test your ability to empathize while understanding your own responsibilities as an individual. You want to understand every point of view, no matter how much you may disagree with their decisions and ideologies.

This prompt does not say if she is conscious or not. However, we can assume that she is either unconscious or at least incoherent if she is in desperate need of a blood transfusion. Because of this, the girl cannot give her opinion on the matter.

How will this patient be affected by your actions?

If you give her the blood you could save her life. Possible consequences could be emotional distress from receiving the blood transfusion if she believes that she will not go to heaven because of it.

Some Jehovah’s Witnesses communities will excommunicate a member that has a blood transfusion. This could also cause severe emotional distress for the patient.

However, if you do not perform the transfusion, the patient will most likely die.

The parents are Jehovah’s Witnesses and are refusing the blood transfusion for their daughter.

Under the United State’s constitution, they have their right to practice the religion of their choice and refuse medical treatment based on their religion.

How will the parents be affected by your decision?

If the transfusion is given, the parents could also experience emotional distress in the same way the child does. They could be excommunicated from their community, and they may believe that they won’t be able to spend eternal life with their daughter. The parents also may try to sue the hospital.

The attending physician (you)

As the attending physician, you have the responsibility to make a decision based on the needs of your patient and the moral and ethical factors.

What are the ethical considerations you are faced with?

Many prompts will be in ethical and moral grey areas. That is why it is best to brush up on these before the interview.

Look for how doctors make decisions about minors, religious exemptions to certain procedures, who gets an organ when there only is one, physician-assisted suicide, and other moral and ethical dilemmas.

There is no way you are going to know everything. They are not expecting you to have the expertise of a doctor (that’s what medical school is for). You just need to show that you are knowledgable.

So if you get a prompt and you know very little about the ethical rules around the situation, just respond to the best of your ability with what you do know.

You would think through the ethical considerations of this prompt like this:

There are two ethical and moral situations. One, the patient is a minor. Two, the refusal of treatment on religious grounds.

As the parents of the child, they are in charge of medical decisions surrounding her care. Also, if you would like to refuse care for yourself based on religious grounds, even if that means death, that is your constitutional right.

However, parents are not allowed to refuse life-saving treatment for their children. (Click here for an interesting article on how children of Jehovah’s Witnesses and blood transfusions are treated throughout the western world.)

Since the child was unable to speak up for herself in this prompt, we can not get her opinion on the matter. However, even if she was awake and refused the transfusion, the doctor would most likely still give her the transfusion since she is a minor.

Answering the question on interview day

Okay, so that is a lot. So a quick recap. As you receive your prompt and stand outside that door for two minutes, ask yourself these questions:

● What is the situation?

● Who is involved and how will they be affected by my decision?

● What ethical situations are you faced with?

After you go through these three questions in your head in relation to the prompt (similar to what was done above), quickly decide how you want to order it to make your point.

We’ll make it easy for you. Start off with a greeting and the situation.

“Hi interviewer, it is very nice to meet you.

I understand that in this situation I am the attending physician, and a twelve-year-old girl needs a blood transfusion after piercing her leg and losing a substantial amount of blood. However, the parents of this child are Jehovah’s Witnesses and are refusing blood transfusion as an option for their daughter based on religious grounds. I am tasked with deciding what to do in this situation as the attending physician. Is that correct?”

After clarifying the situation, talk about how you approached the situation. You can do this by talking through your thought process on the questions you asked yourself.

The first thing that I thought about in this particular situation is who is involved and how will they be affected by my decision?

First, you have the patient, a twelve-year-old girl that needs to receive a life-saving blood transfusion. With the given information, I can assume that she is unconscious or at least incoherent since she has lost a lot of blood. This means that she won’t be able to voice her opinion on the matter. This also means time is of the essence and I must quickly make a decision.

Going forward with the transfusion would save her life but could cause her emotional distress if she was excommunicated from her community, or believed that she did not get to go to heaven anymore because of something she could not control. However, not going forward with the treatment will result in her death.

Second, we have the parents, who are refusing treatment for their daughter based on religious grounds. If they are refusing the transfusion, they are most likely under both religious pressure and social pressure from their peers.

The consequences of giving the transfusion would be emotional distress for the parents. Again, excommunication from their community and the belief that they will not be able to enjoy eternal life with their daughter. There is also the possibility that they attempt to sue the hospital.

Here we have essentially taken them through the second question that we ask ourselves, and the argument’s groundwork is laid out nicely.

Now, we are left with are my ethical and moral obligations.

First, we are dealing with a minor. Generally, medical decisions based around minors are left to the parents.

Second, we have a refusal of medical treatment based on religious grounds. This is something that people are allowed to do, and as a doctor, I have the obligation to respect their decision if they are of sound mind.

However, this does not give the parents the right to refuse life-saving treatment to their children.

I have read about cases like these in the past and this is generally how they dealt with them. I would have to agree with this disposition, as parents should not be allowed to take the lives of their children away based on their beliefs.

Although I understand the emotional stress they may be put under and the possibility of a lawsuit, I would not let the little girl pass away because of it. I would provide the blood transfusion without the consent of the parents.

This is just meant to be a guide, not a strict path. Even though we followed the questions in order for this question does not mean you do. Combine and change the order as you see fit. These questions are just tools for an effective answer.

The MMIs are very hard to predict (as they are designed to be). If you feel you have a detail that can help your answer that does not fall in line with these three questions, by all means, include it!

The best way to prepare for the MMI is through practice and professional feedback (and we provide that). Check out our interview prep packages and you will be prepared to smash that MMI interview!